If you’re a first-time visitor to Santorini, you’ll be shocked at the sheer number of vineyards on the small but perfectly formed island (14). As you see more of the island, you’ll notice many snake-like, basket-shaped vines dotted around the landscape.  You’ll soon realise just how important winemaking is here (it’s hard to believe that many of these vines are two to three hundred years old due to the absence of phylloxera – a vine killing insect). As a result the quality of wine in Santorini will definitely surprise you! (Find out more about Santorinian Beer here) 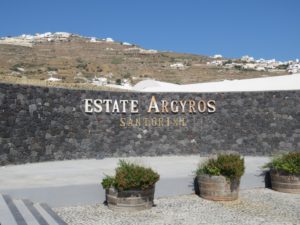 The Argyros Estate is in Episkopi Gonia

Why is wine in Santorini becoming so popular?

Santorini has a rare combination of volcanic, mineral-rich soil, an arid, dry climate which forces the vine deep into the earth to find water. It also has an award-winning white grape variety, Assyrtiko which is perfectly adapted to extreme conditions. Assyrtiko produces strong, voluptuous yet crisp white wine (it won the gold Medal at the Decanter World Wine Awards 2015). Now world-renowned oenologists (wine experts) flock to Santorini to learn about the unique conditions of this stunning place. 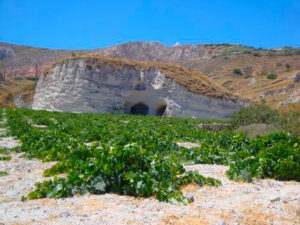 Vines on the Argyros Estate

Argyros Estate – The experts on wine in Santorini

The largest vineyard in Santorini is the Argyros Estate. Founded in 1903 by George Arygos, it combines the ancient Santorini traditions of winemaking with up-to-date technology to produce some of the most highly awarded wines on the island.  George’s grandson Yiannis transformed the estate to create vineyards totalling thirty hectares. Now Yiannis’s son Matthew has taken over the management of the winery. Due to its success it has now moved into new purpose-built premises. As a result the estate now owns sixty-five hectares of vineyards.

So many grape varieties…

Their wines feature a wide variety of native grapes including, Assyrtiko, Athiri, Aidani, Mandilaria and Mavrotragano, some of which are over 150 years old. Argyros wines have won many awards in Greece and internationally. In the range you will find three dry white wines made from the Assyriko grape – Estate Argyros Santorini (perfect with fish and seafood), Estate Argyros (a great compliment to classic Greek dishes such as fava and tomato fritters) and Argyros Atlantis White (great with fish).

There’s also Argyros Atlantis Red, made from the Mandilaria and Mavrotragano grape varieties which has hints of prune and leather, and is perfect with charcuterie and spicy dishes. Finally there is the show-stopping Vinsanto which has complex aromas of chocolate, honey, coffee grains and dried fruits and nuts. It is excellent served with chocolate and desserts or as an aperitif. 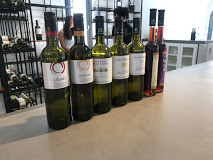 The stunning range of Agyros wines

Don’t leave the island without tasting the world-famous Vinsanto, which achieved the highest rating ever for Greek wine from leading wine critic Robert Parker (he scored the 20-year-old version at 97/100). You can sample four and twelve year old versions at a tasting session at Argyros. If you’re looking for a unique wine-tasting experience in a traditional environment, look no further. 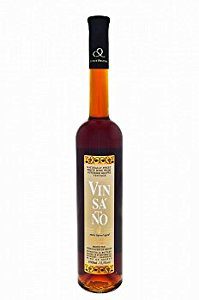